I was bamboozled, that since Sunday, and the furore has subsided a bit , the defeat was nothing to do with Wenger's decision to take the Ox off but down to us fans booing Arshavin - puuleaaase - wake up and smell the coffee
It was just me caught on camera out of 55,000 Arsenal Fans asking - quite rightly in my humble opinion , why, when Arsenal were on the ascendancy in the second half, had just equalised after a fine ball by The OX - who looked to be getting stronger and stronger - was The Ox replaced by the dedicated, passionate, hard working, die for the cause, undoubtedly talented, lover of all things English and London( as his partner), wear gloves despite coming from one of the coldest countries on the planet, miniature Russian.
Oh but in the papers and on Twitter - oh yeah Twitter - all those that have 100's or if not 1000's of followers who have probably not set foot in The Emirates or may have but weren't there for this particular game - comment that "its disgraceful to boo Arshavin" OR " how can a player be expected to perform, when "we" can't even get behind our own players" -OR "us fans should be ashamed to boo our own players" - sorry to disappoint but that is literally "talkinoutyourarse".
The VAST majority of Arsenal fans were booing at the decision to bring on Arshavin for Chamberlain NOT BOOING THE PLAYER.
Quick run down for you. 50th minute - great work from Rosicky to sprint clear and set up Van Persie who took it on his left and somehow steered it wide. 54th minute - clever skill from the Ox to set up Ramsey who blazed over - the crowd were now in full voice after a lacklustre display from the team in the first half. 57th minute - Rosicky in the box, strike from the aforementioned that was blocked 6 yards out by Evra's elbow. 61st minute - powerful , surging run from Koscielny from his own half, slipped the ball to the Ox who dragged his shot narrowly wide from 18 yards. 62nd minute Mertesacker cleared the ball off the line from that bloke from Pasadenas - Riding on a Train, Welbeck.

Posted by talkinoutmyarse at Wednesday, January 25, 2012 No comments: Links to this post 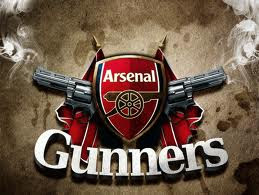 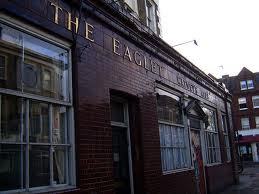 The Eaglet Has Landed N7

Welcome to the blog for all things Arsenal FC - from "normal TOWIE (the only way is eaglet) fans" perspective - pre match, drinking, rituals, the match - bringing the beautiful game back to the fans- based at The Eaglet

talkinoutmyarse
Married (happily? let you decide she's a spud)lovely daughter, can never go half way, obsessive once i have an interest